I-9 Compliance for DACA Recipients

Employers carry the responsibility of keeping current with good employment practices as dictated by the federal government. Proper Form I-9 compliance for DACA recipients and non-DACA recipients alike is the key to keeping a company compliant and free from expensive and potentially damaging violations.

What does DACA stand for?

DACA is an acronym relating to immigration that stands for Deferred Action for Childhood Arrivals. The term was largely coined when the United States’ Department of Homeland Security stipulated in 2012 that some individuals entering the country as children that met all guidelines set forth by the government could in fact ask to be considered for something called deferred action.

Deferred action is often defined as the discretionary determination to defer the action of removing an individual from the country. Individuals granted deferred action are typically viewed as lawfully present for as long as his or her deferred action is in effect in the eyes of the Department of Homeland Security.

In most cases, the status of deferred action usually lasts two years. However, individuals can request a renewed status at the end of that time period. These renewals are generally reviewed on a case by case basis.

Depending on current law, an individual granted deferred action by the American government due to DACA may be considered eligible to work by the United States Citizenship and Immigration Services department (USCIS).  This usually applies only if he or she is able to prove an economic necessity for employment.

Form I-9 Compliance for DACA Recipients 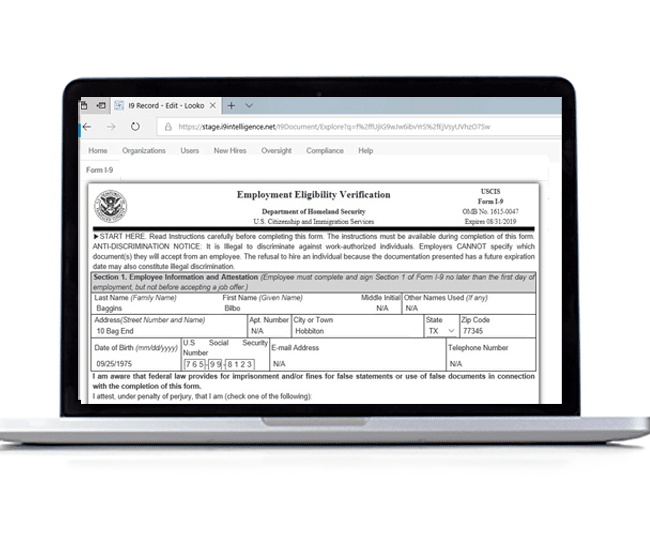 It is not uncommon for an employer to learn of an employee’s DACA status during his or her first week of employment when the Form I-9 is completed. The Form I-9 is a federal document that came into existence courtesy of the 1986 Immigration Reform and Control Act. This legal document assists the federal government in verifying the identity and employment eligibility of individuals hoping to work in the United States.

There are three main parts to the Form I-9.  The first section asks the employee to provide required personal identity information in full by the first day on the job. The second section of the form must be completed by employers within three days of the employee’s first day of work. It mandates that the employee provide acceptable Form I-9 documentation which the employer will then examine for authenticity and work eligibility. The final section of the form requires employers to update the I-9 should a change occur that affects reverification of work eligibility or a rehire.

Form I-9 compliance for DACA recipients generally comes into play for section two of the form.  Individuals who have been granted eligibility to work in the United States are issued valid documentation of such in the form of an employment authorization document (EAD). This document is usually valid as a List A document for section two of the Form I-9.

By following the guidelines set forth by the Form I-9, employers are well on their way to staying I-9 compliant. However, there are several additional considerations that employers may want to take into account for I-9 compliance for DACA recipients.

Why I-9 Compliance for DACA Recipients is Important

I-9 compliance for DACA recipients is important because it is the law.  Employers who are found not to be Form I-9 compliant during an official audit can be subject to some serious consequences. Instances of non-compliance are assigned on a case by case, or employee by employee basis. For each violation that is found, a fine may issued, and fines can add up quickly.